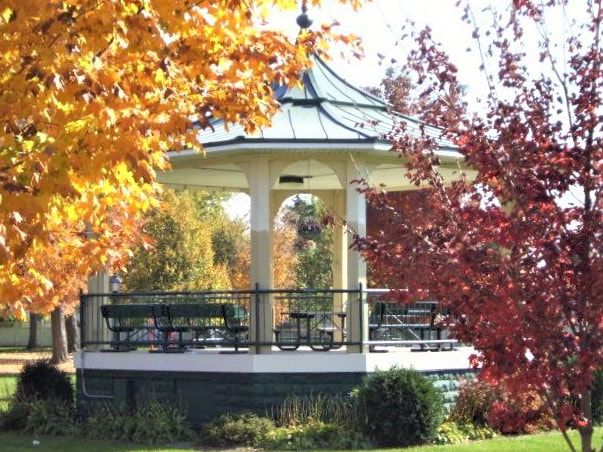 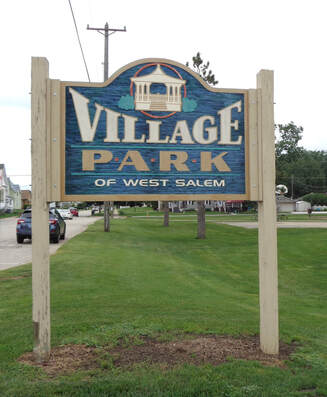 ​The West Salem bandstand was built in 1924 for a cost of $4,000 in the Village Park.  No architect was involved.  It is unusual in that there are 8 sides with four wider than the other four.  Sides are usually seen with equal proportions, so it is interesting to see this and it works well.  It is topped with a green metal roof; double wide stairs lead to the stage.  Excavation proceeded and used cement blocks - it was ready by May of that year.  It was the same year that Village Park itself was created with over 100 trees planted in one day, all secured from farms in the nearby area.

Over time, many concerts have been held for Armistice Day, Memorial Day and other holidays by a variety of bands including the West Salem High School Band, the Barre Mills Band and Sparta Concert Band.
An ice cream social & Jazz will be held in the park on Thursday July 28, 2022, from 6:30-7:30pm.