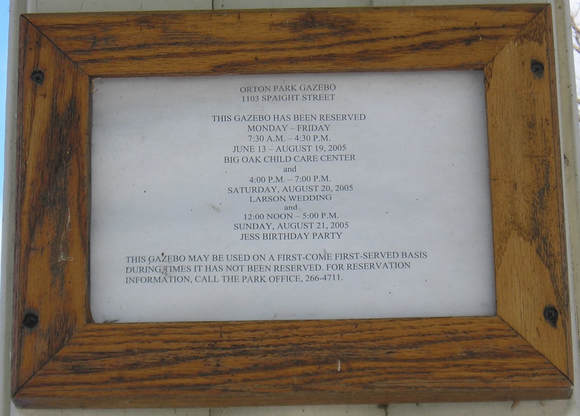 ​Currently, many activities and events, sponsored by the Marquette Neighborhood Association, are held in the park.  They are posted in the bandstand.  Besides festivals, weddings and other ceremonies are held in the bandstand.
Prior to the current bandstand, there was one when the park originally opened in July 1887.  It was a two-story, 18 foot octagonal structure located in the center of the park.  Space below the stand was floored and enclosed making a safe retreat in stormy weather, while the upper part for the use of bands was open on all sides.  Music was by Bill Lueders Band.  One citizen spent $200 in improvements to the park; $500 was raised from public subscriptions for the bandstand to provide park seats. That day, there was a band concert and speeches, plus a little "breast beating" as the nomination papers for the National Register of Historic Places states.  (Information provided by the WI Historical Society.)   Unfortunately, no photos have been found of this bandstand.