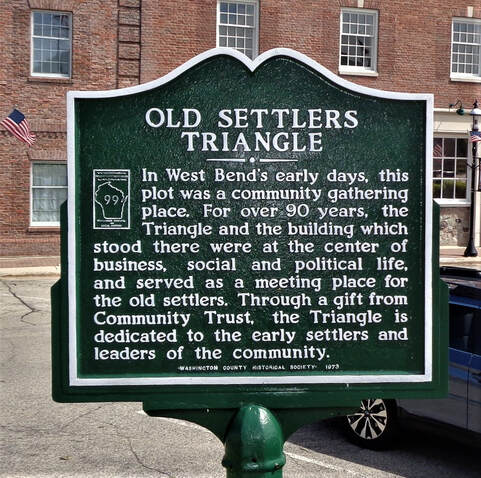 8/29/2020
​In 2015, the West Bend Community Foundation in partnership with the Greater Milwaukee Foundation (GMF), which was celebrating its 100th anniversary of service, gifted the City $200,000 to upgrade Old Settlers Triangle Park, an historic hub of West Bend's downtown.  This funding covered all but $69,000 of the expenses.   A donor board by the gazebo lists the many companies and donors who gave labor or materials for the project.

Included as a centerpiece of the plan was the replacement of a small 144-square foot gazebo with a larger 442-square foot gazebo/band shelter.  The original gazebo was auctioned off after community members expressed an interest in that.  The less than one-acre park plan also included expansion of the concrete patio with bench seating around the edges and handicap access, along with beautiful landscaping and an irrigation system.  Before construction began, Roots and Branches volunteers removed perennial plants and shrubs, some of which were replanted in the new park when construction was completed in the spring of 2016.  LaRosa Landscape was the contractor for the entire park; Poligon Park Architecture (also Deforest and Greenfield used this product) provided the gazebo design. 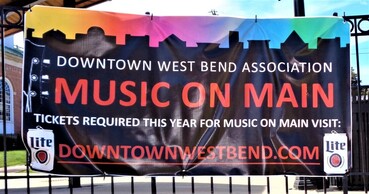 8/29/2020
​At the first Music on Main concert of the season in June of 2016, the community celebrated the renewal of the Old Settlers Triangle Park with a party.  Ellen Gilligan GMF president and CEO and other Foundation representatives thanked the city for its contribution of $35-40,000 of city employees' work on the project.

​
Weekly free Music on Main concerts are held every Thursday evening.
In past years, there has been a tree lighting ceremony in late fall.
During the summer season, it is also home to West Bend Farmer's Market.
​Special precautions were in place in 2020 because of COVID-19.
The Dedication from the Daily News, 6/3/2016