The Community Bandshell at Lunda Park 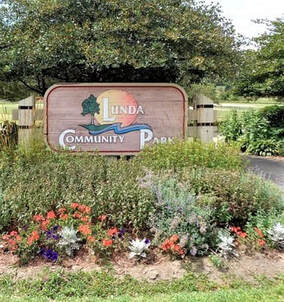 7 /2018
​After several years of planning, the Community Bandshell at Lunda Park was dedicated on June 8, 2004.  It all started in 2002 when the Black River Falls Community Band thought that there was a need for a permanent place to play music instead of erecting portable stages time after time.  It invited other groups to join them to look into this venture.  A committee was formed, and "voila", after much work, the Bandshell was built.  The Black River Falls Community Band website offers wonderful details of the development of it.

​The architect/designer was Ayres and Associates.  The cost was $140,000 and was funded by a generous donation from the Peter and Joan Hoffman family and other businesses along with donations from local residents.  No changes have occurred since it was built.

​The free concerts have been successful right from the beginning.  Concerts by the Black River Falls Community Band and the Dixieland Express​ along with other musical groups perform during the summer months.