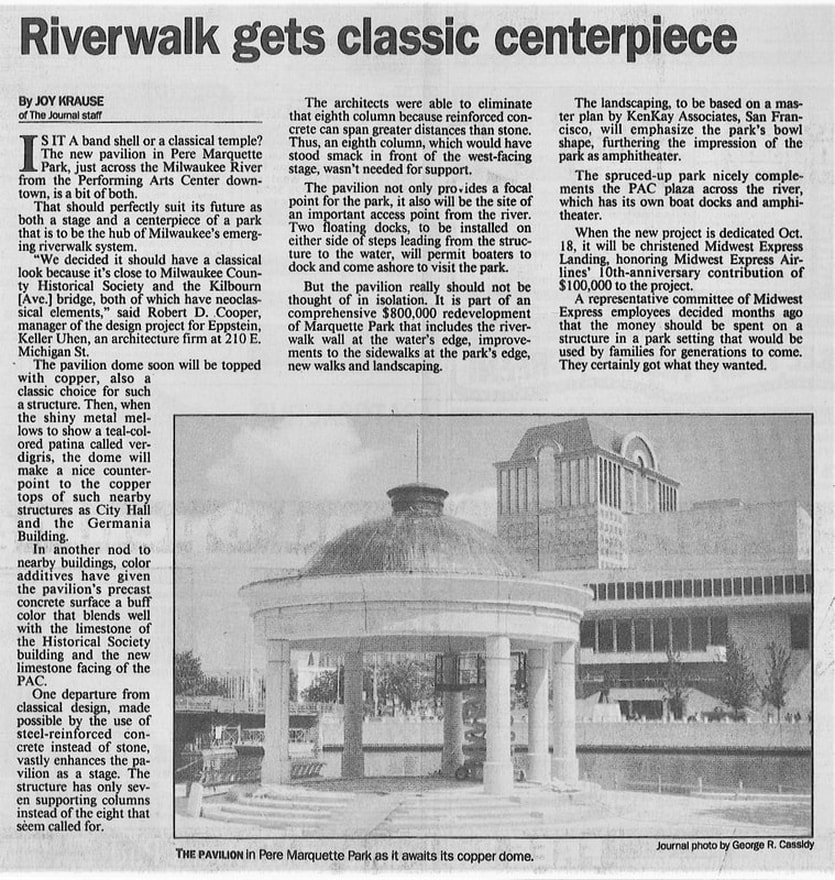 10/1994, from The Milwaukee Journal
The County of Milwaukee announced in October 1994 a dedication to be held on October 18, 1994, for the new performance pavilion "Midwest Express Landing" and Milwaukee Riverwalk.  In its press release of October 18, 1994, the County stated the total project cost was $900,000 with employees of Midwest Express Airlines contributing a substantial gift of $100,000 to commemorate its 10th anniversary.  Further details of the history and dedication are included in the press release.
Concerts in the Park are postponed for 2022 .  They were limited or cancelled for 2021.
Milwaukee County Press Release