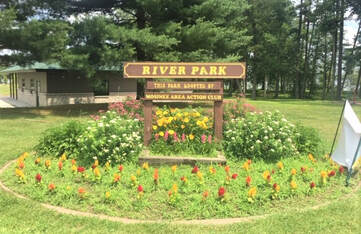 ​The River Park Gazebo/bandstand is located along the Wisconsin River.  It was constructed in 2004 with Mike Polencheck as general contractor.  The Friends of River Park raised the needed $75,000 through local fund raisers.  Community members had seen and liked the bandstand in Neillsville.  However, they were told by the people in Neillsville that they were outgrowing the one they had.  Thus, the Mosinee community opted for one that was larger. 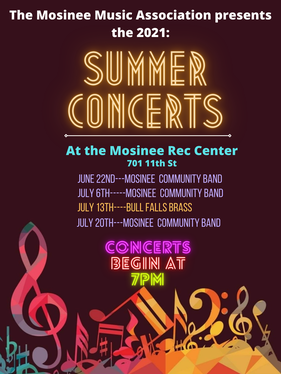 The Mosinee Community Band has scheduled concerts for 2021 beginning June 22.  While usually held at River Park, this season the concerts have been relocated to the Mosinee Recreation Center.

The LogJam Festival in August offers a variety of regional bands performing on both Friday and Saturday evenings.  Other popular events held there are weddings and prom photo shots.  Nothing was scheduled in 2020 because of the COVID-19 pandemic but the 2021 Festival has been planned.