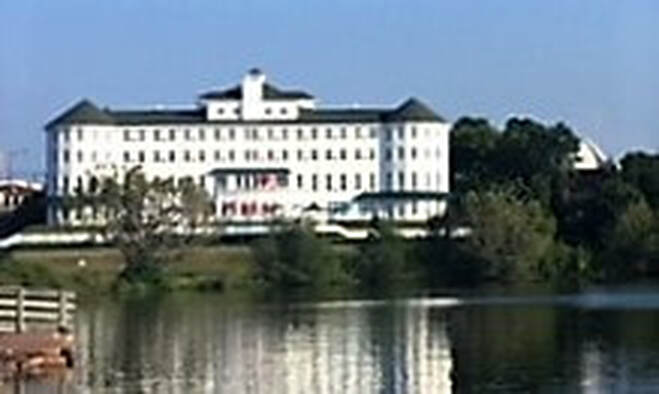 The bandshell is located next to the Chequamegon Hotel - you can see its dome to the right from the water
Photos showing the 1933-34 construction of the bandshell; Source is the Ashland Historical Society
As,reported by Rick Olivo of the Ashland Daily Press, 9/17/1996, the City determined that the bandshell was in jeopardy and was deteriorating because of leaks allowing water to infiltrate the structure.  Masonry was breaking loose and  the stucco on the overhang was starting to spall off.  Something needed to be done. The Ashland veterans groups agreed to begin fundraising.   Mayor Lowell Miller said "We either fix it or lose it.  We want to restore it to better than new condition" .  Further, he said that a partnership of citizen donations along with the veterans group drive along with city contributions would pay for the repairs. 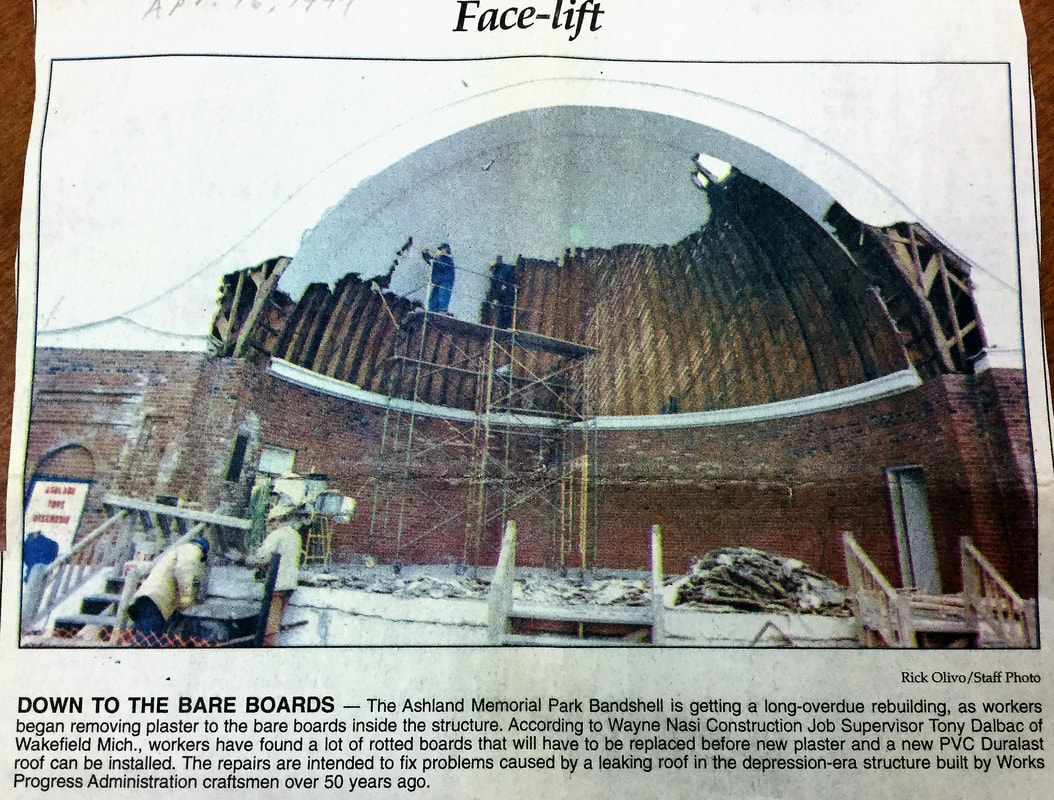 Ashland Daily Press; 4/16/1997
Again in 2006, the bandshell was in need of renovations, as reported by the Ashland Daily Press.  Two rooms on the sides of the stage were redone; in addition, paint and several sealant coats to the brick were added, leaking to the roof was repaired, and light expansion and the installation of several doors were completed. 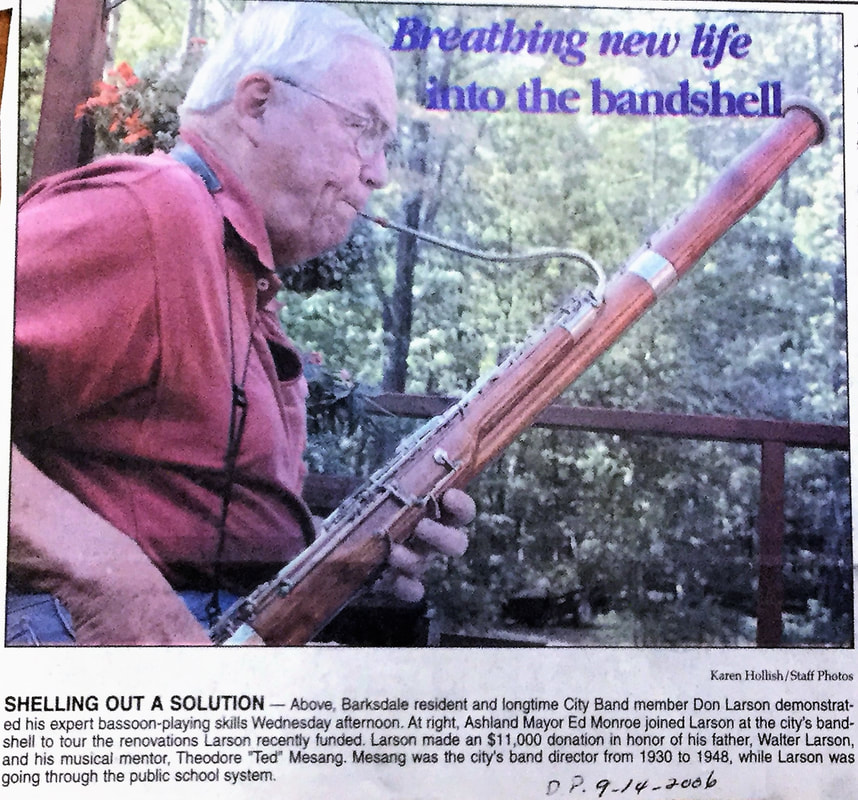 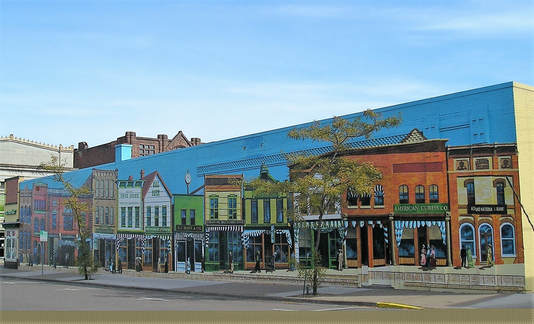 One of the murals on the walk - a compilation of various Ashland storefronts from the early 1900’s
OTHER ASHLAND SITES​
​
​The eight block downtown Mural Walk in Ashland reflects the history of the community.  Kelly Meredith and Susan Prentice Martinsen created this visual eye catching artwork starting in 1998 and adding more over time.  They worked with the Ashland Historical Society to accurately portray the many murals in the downtown area.