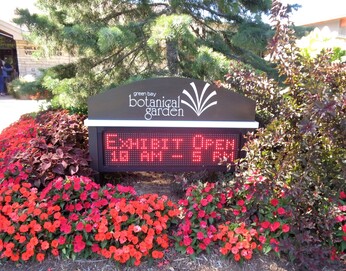 ​Since 2001, the Green Bay Botanical Garden (GBBG) master plan called for an amphitheater.  Music has been a part of the Garden since its early days with opening to the public in 1996 and music beginning in the Garden by 1997.  The Billie Kress Amphitheater in the Schneider Family Grand Garden was designed in 2015 and opened with its first musical performance and dedication in September of 2017.

The project construction began in the fall of 2016 and was completed in 2017.  The design was a collaborative effort between Jason Hale of Somerville Architects for the structure and Smith Group Landscape Architects for the grand lawn and surrounding garden.  The entire project consists of a 2.5 acre garden with the amphitheater, a concessions building featuring a catering kitchen, classroom and restrooms, an overlook arbor and a pavilion that houses a well and provides the backdrop for a wedding garden. 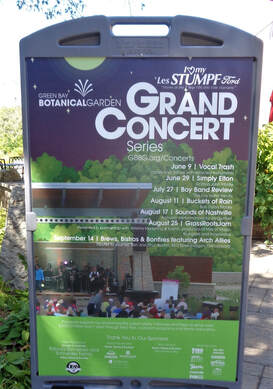 ​
The Sanimax Series runs Thursday evenings and is free to members.  The Les Stumpf Ford Series is a ticketed event and features more regional/national acts. The space may also be rented for private events.  GBBG manages the venue and the entertainment.