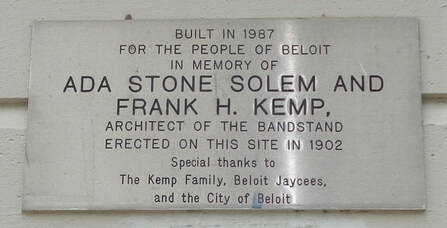 ​The original bandstand was built in 1902; Frank H. Kemp, a local noted architect, designed it.  In 1986, a group of city workers and citizens decided to reconstruct it for Beloit's 150th anniversary.  Richard Kemp, grandson of Frank and also with the Carmichael-Kemp Architects, drew up plans for it.  Huffman Builders, Ltd., of Beloit, donated the labor; the cost for the materials was $10,935.

The original bandstand was used for "music and celebration" according the the Beloit Historical Society (no photos available).
The bandstand is able to host music, weddings and other events on occasion. ​ 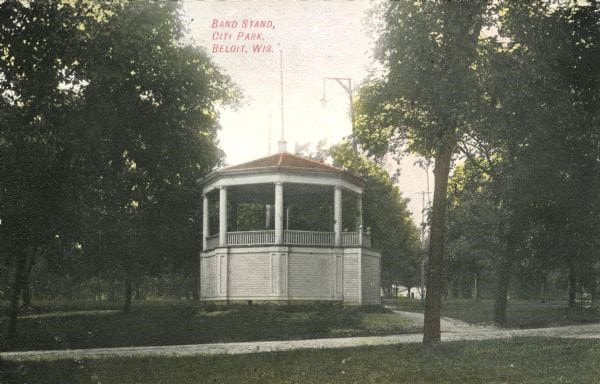 Postcard of the original bandstand; courtesy of the WI Historical Society 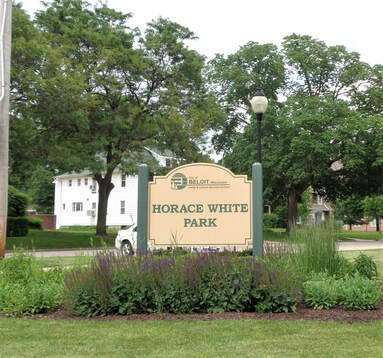 6/20/2019
OTHER INTERESTS AT THE PARK
​
According to the Beloit Historical Society and the City, Dr. Horace White  and his son, Horace White, were among the first citizens in Beloit.  The Park was named to honor both of them. 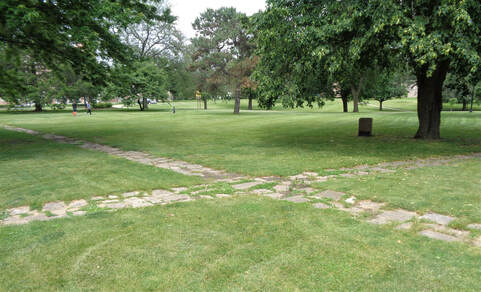 ​As you stroll the park, you will notice limestone paths crisscrossing the park.  According the the Beloit Historical Society, the paths predate the Park's establishment and were part of the Native American system of trade routes.  The first cemetery was also located at one time in the Park area, but later moved.