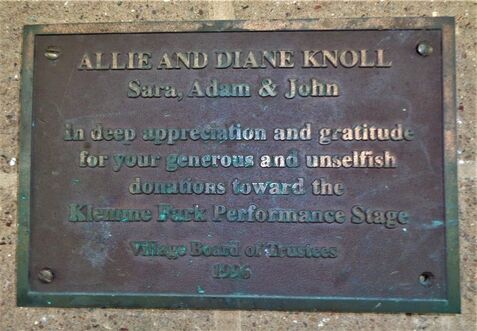 8/22/2019; A plaque honoring Allie & Diane Knoll and their family for their generous gift is located on center of the back wall.
The Klemme Park Performance Stage was built over two years.  In 1995, the stage base was built in time for the annual Heritage Days event, with a dedication on June 15, 1995.   In 1996, the roof and backstage area were completed.

Heritage Days was in important event for the community.  Klemme Park did not have a permanent stage for many of the activities, thus an idea formed and was presented to the Village to build one.  Fundraising started with a portion of the 1994 Heritage Days profits.  Allie and Diane Knoll also generously donated funds for the Performance Stage.  They are life-long Stratford residents who are active in business and community events and committed to improving the quality of life for residents and visitors; they have generously donated to many projects in the Village.  The total cost was estimated to be $35,000 with the bulk of the work done by Stratford Building Supply.

​In past years, Heritage Days was celebrated annually for 27 years from 1989 through 2016.   Its events included a dairy breakfast, beer tent carnival rides and amusements, bed races, a car show, parades, historical displays.  Days were filled with ethnic entertainment, such as various Scandinavian and other European music and dancing.  Stratford Community Days also occurred in past years with live music on the Performance Stage but not scheduled for 2021.

​It has been used for Movies in the Park sponsored by the Stratford Area Chamber of Commerce.
EVENTS FOR HERITAGE DAYS JUNE 1995 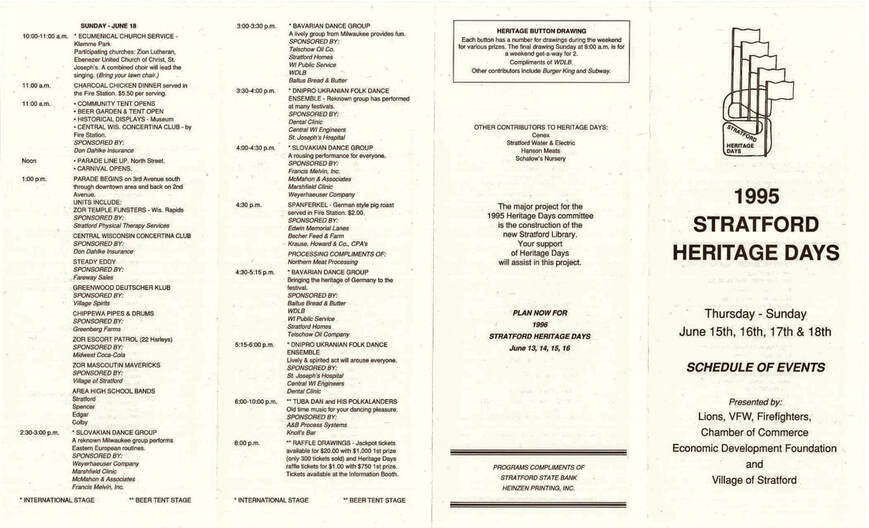 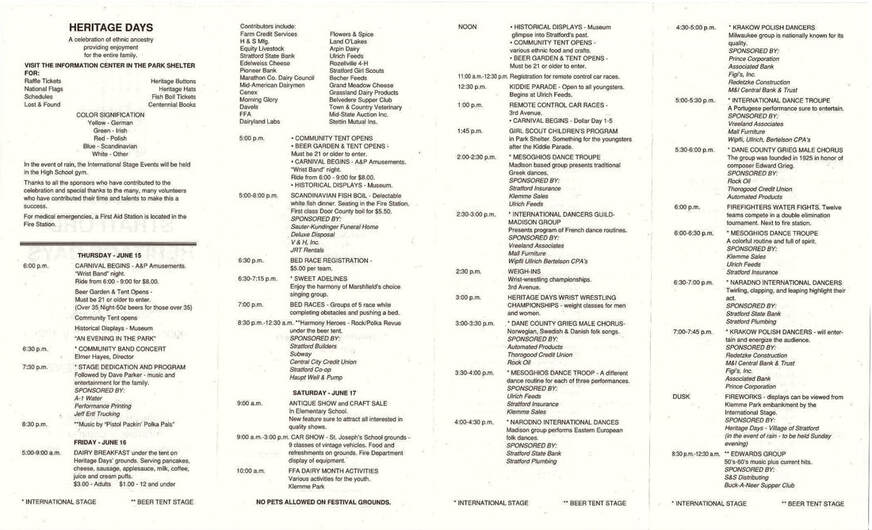