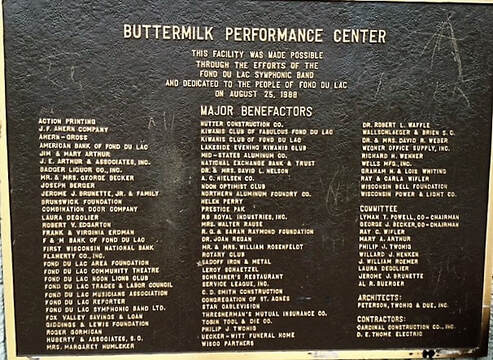 The Wifler Performance Center is located in Buttermilk Park.  It sits at the bottom of a basin formed by a sloping hillside from which the audiences have a great vantage point for performances

From the Symphonic Band's website:
In 1987, after much informal discussion and planning with City of Fond du Lac staff, the Band’s administration assembled a steering committee of community leaders to assist with planning and fund-raising for a performance facility at Buttermilk Creek Park. The City gave final approval and agreed to provide the site work and accept and maintain the structure upon completion, and the Buttermilk Performance Center project was underway. The Center was completed and dedicated to the community in August, 1988 at a cost of $200,000. Funds were provided by local businesses, organizations and individuals, with donations ranging in size from $5 to $15,000. 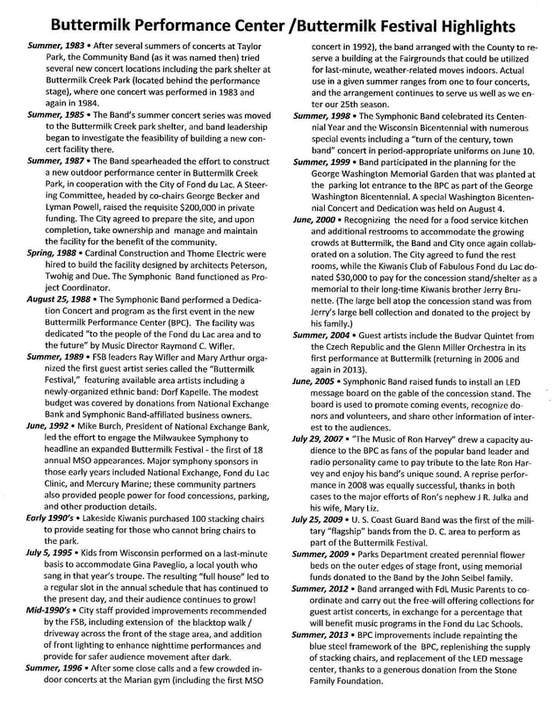 A history of performances
​The Wifler Performance Center offers programming from the second week of June through August.  Monday is Music Under the Stars and Wednesday is Buttermilk Festival, both offering a variety of music such as German polkas to the Kids From Wisconsin which attracts about 4,000 people.  The Symphonic Band performs regularly - see its schedule.