Grand Army Home Centennial Memorial Bandstand
The bandstand features many concerts during the summer months.
Bands vary from high school, to country, bluegrass, and rock bands.
​Dates and times vary from month to month with sometimes as many as ten, and other times only a few times.
It is also used for special presentations and is center stage for park events.
KING'S HISTORY
The Village of King, WI, was name in 1941 after Brigadier General Charles King, a famed soldier and author who was born in Albany, NY, in 1844.  His father, Rufus King, moved to Milwaukee and established the Milwaukee Sentinel.  President Lincoln appointed Charles to West Point.  He fought in the Civil War and the Indian War where he was wounded.  Because of that, he was discharged from the Army in 1879.  In 1880 he helped form the WI National Guard and was a drill instructor at the University of WI.  He was called back to the Army and served in the military for over 70 years, including the Spanish American War, the Philippine Insurrection, and WWI. 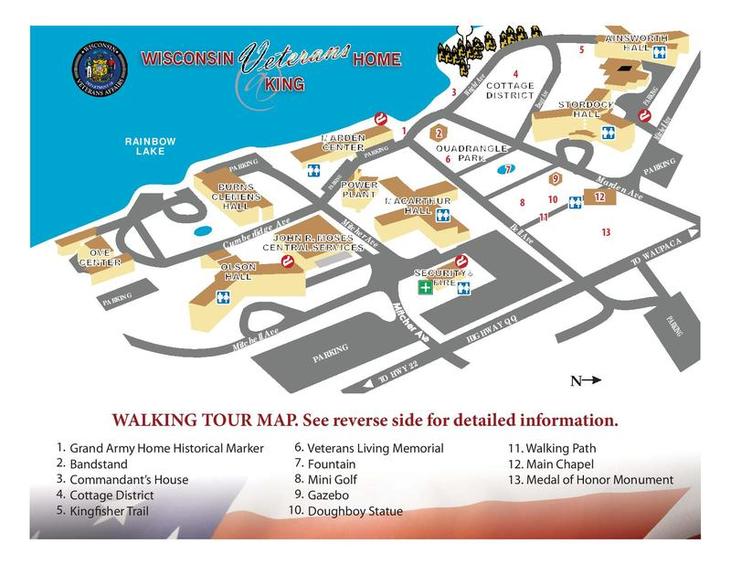 Map of the King WI Veterans Home. The bandstans is located in Quadrangle Park and is just steps away from Rainbow Lake. 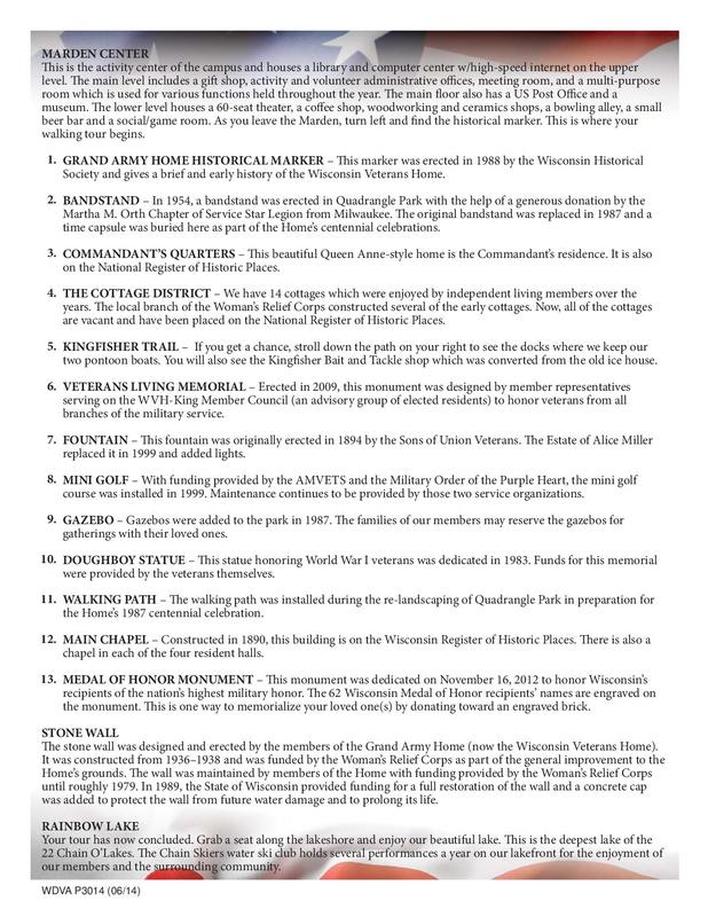