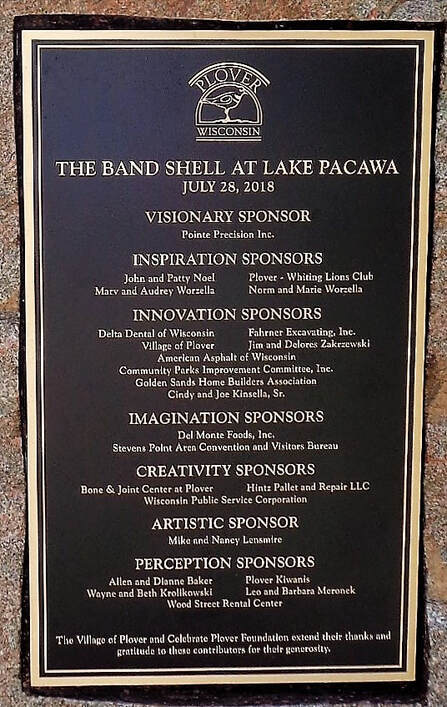 ​The 2014 Master Plan for the park renovation had focused on the bandshell as its centerpiece for outdoor entertainment and a community gathering place.

In late April 2018, a groundbreaking ceremony was held.  The Village Administrator, Dan Mahoney, is quoted "this is a day to celebrate a 'County with Love in Its Heart'".

Reported by Heather McDonald, of the Portage County Gazette, the entire community contributed $561,000 which paid for the foundation, a 30 by 40 foot polygon structure with a stage and dance area.  It also features handicapped access, electric service, and a sound system.  An outdoor amphitheater style seating was completed in early 2019. 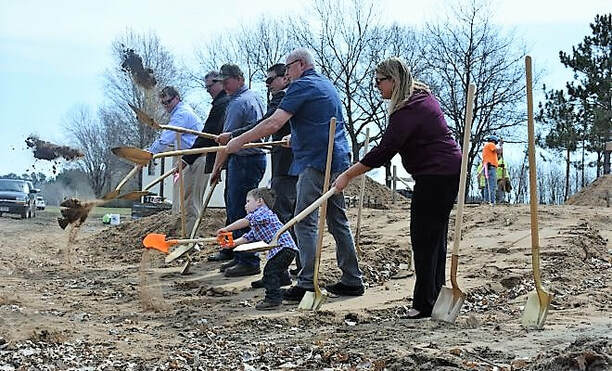 Lake Pacawa Park originated with the generous donation of the land by Clarence and Regina Worzella, who were community minded people who felt it was important for Village residents to have a place to bring families to for fun and relaxation.  In 1970 the land was leased to the Plover Whiting Lions Club for $1 per year.  In 1984 Clarence Worzella offered to donate the park to the Village contingent on the village honoring the lease with the Lions Club.  In 1999 the Village officially took title to the property and continues to allow the Plover Lions Club to use the facilities.

Worzella & Sons is now a 6,000 acre potato and vegetable farm located in the central WI sand country.  Clarence Worzella  l, grew up on a dairy farm which also had 20 acres of potatoes. As a young man, he grew crops and sold vegetables door-to-door on his truck route.  In 1953 he bought a 40-acre parcel of sandy soil and started growing potatoes under irrigation.  Over time he regularly purchased farmland to expand the potato growing operation.  His sons, Norm and Marv, now own and operate the large potato farmland.