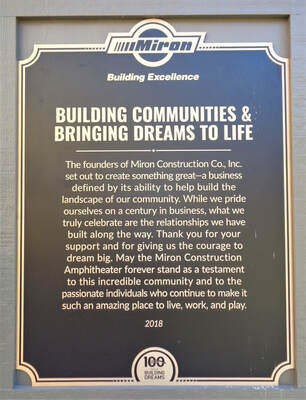 Other new features of the three-year renovation of $4.2 million dollars in  Jones Park include two ice skating rinks, a new pavilion with restrooms and concession area, playground, and stairways and handicap accessibility.
​
From Insight on Business:
The event included remarks from Mayor Tim Hanna, Tim Kippenhan, vice president and chief operating officer of Miron, City of Appleton Alderman Joe Martin, and Kevin Rettler, client relationship strategist at Principal Financial Group, which donated the new playground equipment. The Appleton Boy Choir also performed.
“The transformation of this entire area over the last three years is truly phenomenal and something the entire Fox Valley should be really proud of, not only today but for many, many years to come,” Kippenhan said. “This was our way to give back to the community." 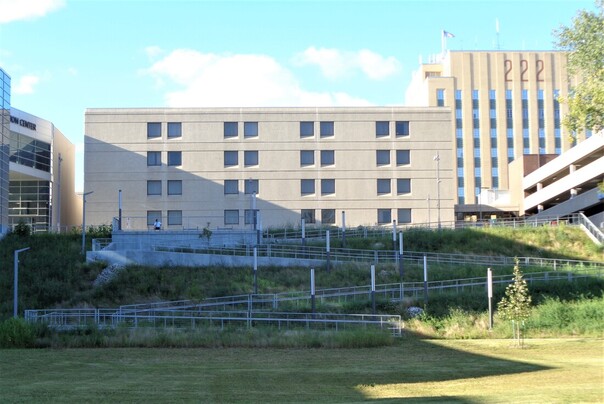 ​To the west side of the park, the newly opened in 2019 Fox City Exhibition Center is located.  Access to Jones Park can be reached via an ADA accessible entrance ramp from it.

There is also access to the park from W. Lawrence St. via the ADA compliant sidewalk/ramp that hugs the hillside to achieve the proper grade for all visitors.
The Miron Construction Amphitheater is scheduled to host concerts in the future, including the Mile of Music,  which is a series of four-day musical concerts held throughout the City that are free to all.  In the past, 90,000 to 100,000 music lovers have attended the festiities.